By: Victoria Gordon, a rising junior at the University of Georgia

Before I left Rome, everyone I knew was telling me things about Rome that I just HAD to know. I’m sure this happens to many people going abroad. Some people had recently been, some people went a long time ago, and some people had never even been to Italy. I had so many things said to me I couldn’t keep track of them all. I know I have only been here a few days, but I have already found that some of those things said were either misconceptions or no longer true. SO here goes nothing:

1. “Italians hate Americans.” (Frankly, all of Europe.)
I get it. We are loud. We are noisy. We don’t speak the language. While some people have clearly been annoyed with me and hated me, even more have been helpful or even excited that I was there. One night at the gelateria across the street, my friend was not answering the server (who was speaking in English). He said to her “Why are you not speaking English?” She responded by saying she wanted to be respectful and try to speak his language. He laughed and replied, “No! Speak English! I love you Americans and come back soon!”

2. “Your stuff will definitely get stolen.”
Disclaimer. I am not saying it won’t happen to anyone, but from what I can tell, if you are smart with your things and keep them close you should be fine. There aren’t thousands of people roaming the streets spotting Americans to steal from. They’re are a few people looking for easy prey aka the people who leave their bags unattended or hold their phones out and wave them around. Be smart and you will be fine.

3. “Getting Euros will be hard- don’t bother.” “Bring your cards, and make sure you call your banks to let them know you will be hard. Don’t even bother with Euros.”
First of all, DO call your bank and let them know you will be leaving. They will cancel your card if you don’t. But. You will need Euros. It’s inevitable. While a lot of places nowadays accept cards, some don’t. So far in this trip, I have had to have people pay for me because a card machine was broken, taxis usually only take Euros, sometimes they will not split bills, and some places have a minimum. (This was all in the first two days before I had a chance to get to an ATM. I was planning on getting Euros, but I didn’t want the terrible exchange rate at the airport.) Don’t worry. There are a ton of ATMs. If you go out for a walk, you are sure to find one. Euros are a must.

4. “You can wear whatever you want.”
Yeah sure. You can. But you will most definitely feel out of place, especially if you intend to eat at a restaurant or go out or anything. The Italians ALWAYS look good. I don’t think I have seen track shorts on anyone except tourists since I arrived. So if you’re in a big group of people you know it’s probably okay to wear whatever you want, but seriously. Bring clothes to dress nice in.

5. “You can overpack.”
You CAN overpack (say if you being two 70lb bags), but make sure you bring enough. ESPECIALLY of the right things. When I was deciding what outfits to cut (refer to #4), a lot of them were nicer. Bad idea. I definitely wear my “srat clothes” around campus, but when I am out I feel pressure to look better. I wish I had brought that extra pair of Lilly shorts or my cute flowy top.

6. “The clothing style is way different over there.”
Again, refer to number four. While some people (more the men actually) look different, a lot of the style overlaps with what we wear in the States. From what I can tell, the flowy look is in, and that’s fine with me. Bring on the pikos, flouncy shirts, and light fabrics! A lot of American clothes will definitely fit right in here.

7. “Whatever you forget, you can just buy there.”
NO. YOU CAN’T. THERE ARE NO WALMARTS HERE. NO TARGETS EITHER. Yeah. You could find shampoo or deodorant, but its much harder to find. In a city where you don’t know where you are going, it is nice to have everything you need, especially when you first arrive. In a couple of weeks if you run out of something, you will be more comfortable with directions, and it will not be a big deal. Also, some things just aren’t sold here. I forgot a three prong to two prong adaptor, and guess whose Mother is sending her a package?

8. “It won’t be hotter than Georgia. Probably a lot cooler.”
I don’t even need to explain. I have sweated my entire body weight twice everyday. Even though we are in a heat wave, its HOT.

For all of you traveling soon, enjoy! It’s great! 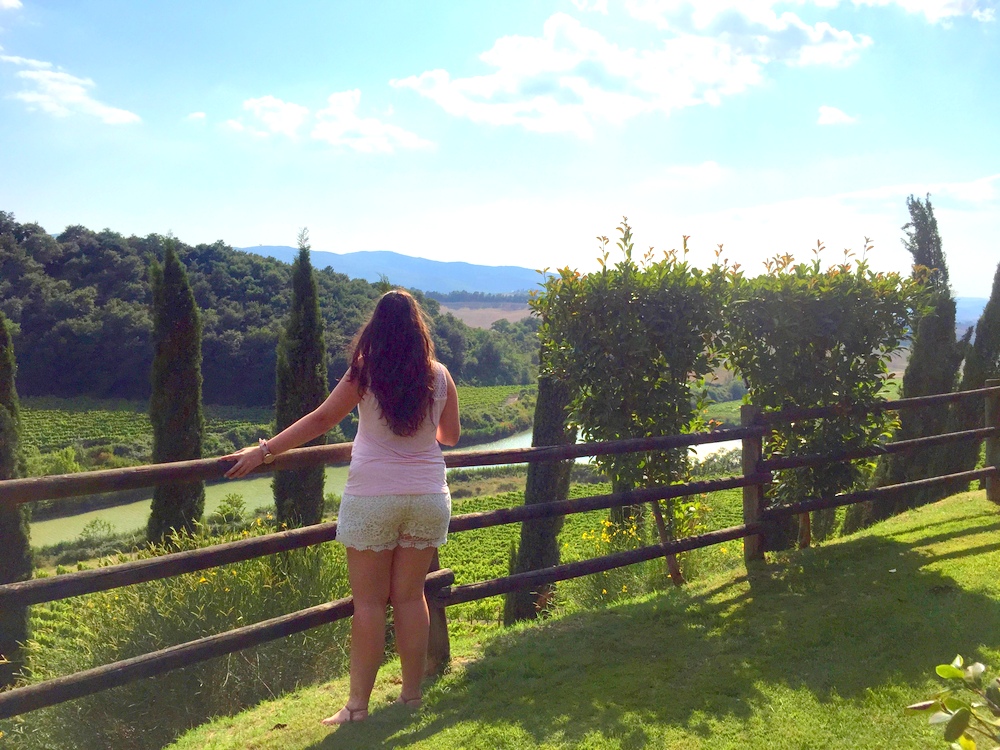