Maddie Hartmann from the University of Arkansas experienced true Greek culture by learning about Greek weddings. Check out her blog!

On our last night in Santorini, we went to the White Door Theatre in a town called Fira to participate in a mock Greek wedding. After a brief introduction of the family and the situation, the cast took us outside for the wedding celebration. We ate traditional Greek food while we watched the cast perform traditional Greek dances and sing songs. After awhile, the cast pulled people from their chairs to join in on the dancing. Our entire group joined in the middle and connected arms and danced around in circles. At the very end, they gave us plates to shatter on the ground, which is a famous Greek tradition that is done at celebrations. 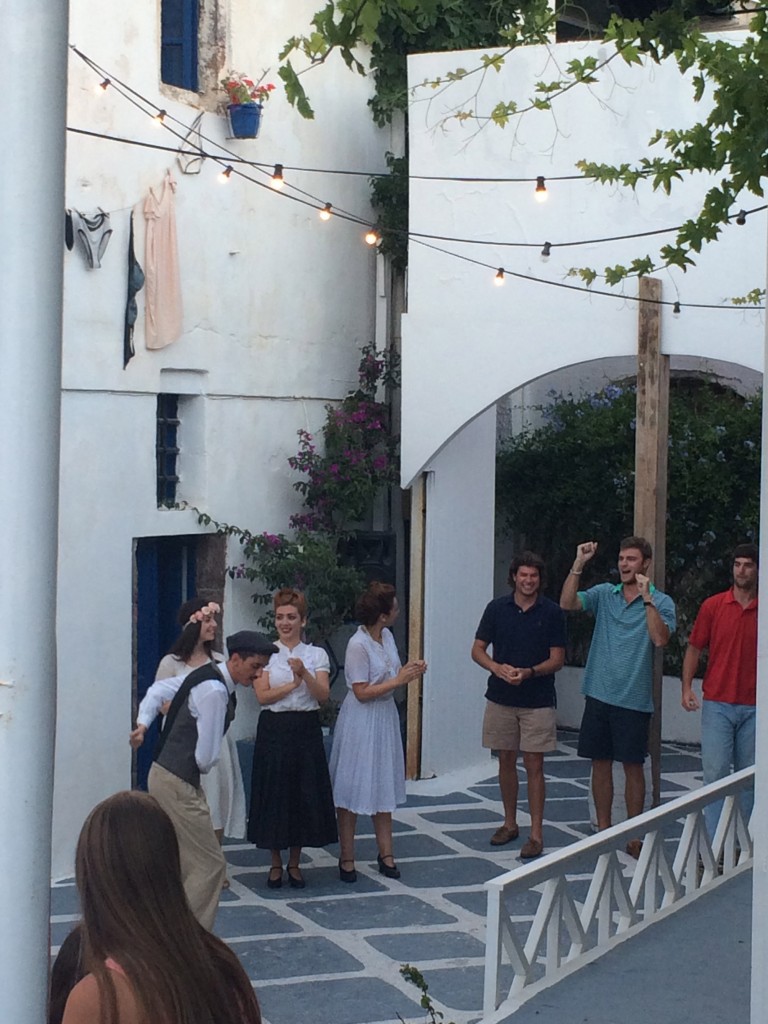