Kathleen McGahan, a senior at Auburn University, has already learned so much about the cultural differences between the U.S. and Greece. We can’t wait to hear how perspectives will continue to shift while our students are abroad!

One of the things I love most about the LEAD Greece Program is how we learn about being a mindful traveler while abroad. I had never thought about how my actions abroad may affect the thoughts and opinions of the locals around me, and before journeying to Greece I was used to doing things the American way; we talk loud, we eat fast, we are always in a hurry, and it is common to stroll around town looking like you just rolled out of bed. I have only been in Athens for a few days, and I have already noticed the many differences between Greek culture and American culture.

Greeks move at a much slower pace than Americans. They value mealtime in a much different way than we do, and Greek people take their time when they eat. It is common for meals to last two to three hours. The waiter or waitress is never rushing you out the door, and you oftentimes have to ask for the check. They also don’t split checks, so when you are eating with a large group it is more complicated to pay. Ice is not a thing here, and refills cost money (bummer, I know). Greek people take great pride in their appearance. They hold themselves to a very high standard, and it is considered appalling and rude to be drunk in public (VERY different than America).

In class, we talked about these distinct differences, and how it can be frustrating when the way of life you are used to is no longer what you are surrounded by. We talked about the concept of being a mindful traveler; a traveler who immerses him/herself into the new culture and adapts to their customs rather than imposing. Every interaction a study abroad student has with a local in a new country affects that person’s thoughts about Americans. This concept really hit me hard. We expect foreigners to adapt to our way of life in America, so why shouldn’t we do the same when traveling abroad?

Through putting this new knowledge into action, I have gained a whole new perspective on Greek culture and I am learning to respect it and engage in it rather than resent it. I have learned that just because something is different than you are used to does not mean it is bad or should be looked upon negatively. Greeks eat slowly because they enjoy socializing and engaging with others over meals. I am not lying when I say I have yet to see one Greek person on his/her phone while eating out. They move at a slower pace, but I have come to appreciate this because it allows me to stop and enjoy things a bit more. Americans love ice, and we also have free refills in America (which may be contributing to our obesity epidemic). Like I said before, refills aren’t free in Greece, so ice would just be taking up valuable space in the glass. If we had to pay for refills in America it might enable people to have better self-control and practice moderation. Another thing I love and respect about the Greek culture is how they hold themselves with such esteem. They make an effort with their appearance and don’t seem to worry about shape or size at all. Everyone is beautiful and they embrace their appearance. I am used to a culture in which your size often effects how people see you or treat you, so it is refreshing to be surrounded by people who genuinely see past that and know how to love themselves no matter what.

I know I still have so many things to learn while in Greece, but by opening up to a new way of life I am learning more about myself than I could have imagined. By keeping an open mind I have found that the things that at first seemed so unnatural and uncomfortable (like not having ice and paying for refills) have become the things I admire and appreciate most about Greek culture. Greek people are so warm and welcoming, and when you make an effort to understand their culture and engage in it, they appreciate it so incredibly much. This new perspective has allowed me to understand the importance of being a traveler rather than a tourist, and I cannot wait for the rest of the journey! 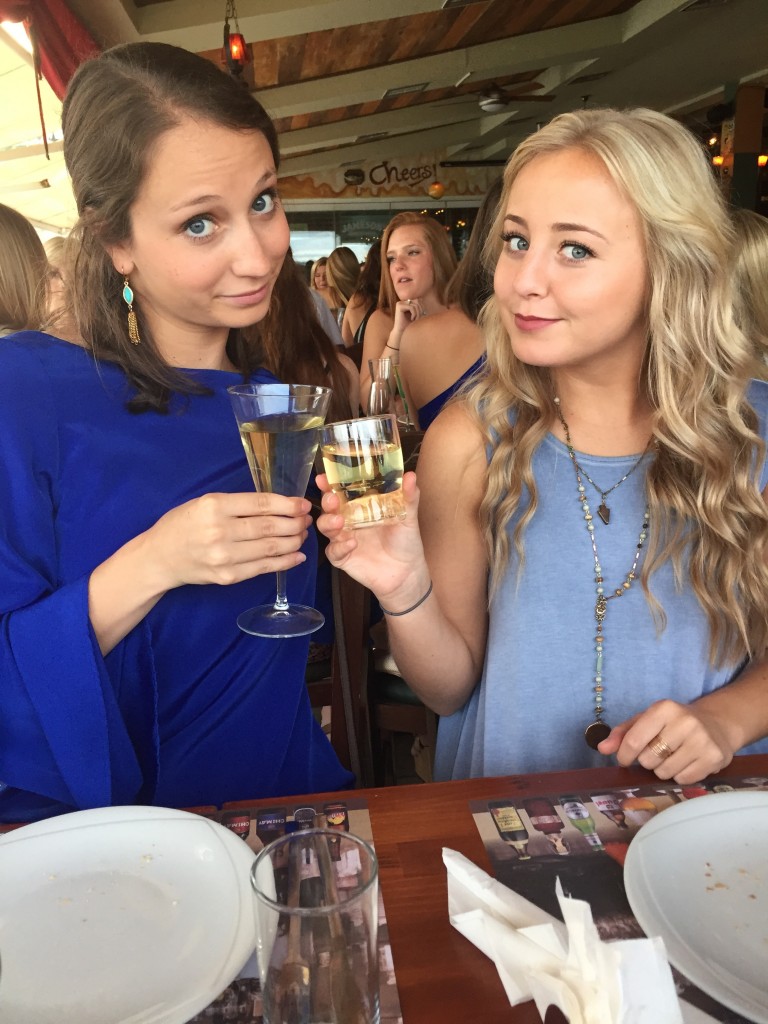