When You Give Up Your Time, You Get the Most Back • LeadAbroad

Our DIRECT Greece group has gone through a packed itinerary full of adventure and service. Keri Lager from the University of Arkansas writes to tell us about her experience serving the local community!

On Monday May 16th, after a full day and a half of traveling, 4 long plane rides, and some stressful connections between my flights I had finally arrived in Athens. Shortly after we had all arrived, we were paraded to another hotel for an orientation where we were told the do’s and don’ts of Greece, rules for the program, and a basic itinerary for the two short weeks we will be in Greece. After all this information was thrown at us we were reassured that this trip would be incredible, and especially life-changing.

On Tuesday May 17th, we toured Athens. We walked by endless shops and restaurants, saw numerous statues and monuments, and stood in front of the Panathinaiko Stadium, which held the first Olympic Games in 1896. We hiked to the top of the Acropolis, where we stood face to face with the Parthenon, an ancient Greek antiquity, and saw the most breathtaking views of the city below us. All the while we learned about the history of Ancient Greece, including the invasions and overtakes of Athens, the destructions and rebuilding of the Parthenon, the era of time when Athens was prosperous and most powerful, and numerous stories of the Greek Gods and Goddesses.

On Wednesday morning, May 18th, we walked back to the hotel to meet up once again. This time, we had a lesson. In short, we discussed the importance of acceptance and non-judgement when going to other countries, or meeting new people- an important lesson. At the end we went over the rules once more, as well as discussed possible things to do or try with our free time. Once again throughout this meeting, we were assured that this trip was sure to be life-changing.

On Wednesday night we went to a rooftop restaurant. There we could see the Parthenon in its entirety and again were able to see remarkable views of the city. After an incredible 4 course meal, we were ready to head back to our hostel. On the way, my friend and I stopped when we heard two men playing guitar and singing popular American songs. They were too good to just walk past, so we stayed and listened for a few more songs before going home and then going to bed.

On Thursday morning, May 19th, we woke up, ate, and were ushered to a bus which would take us to the Salvation Army, where we would be doing our service project for this trip. On the way, while a student described why she chose Lead Abroad, she said it was because it was life-changing.

As we walked into the small building, Maria, who was in charge of the Salvation Army of Athens, joyfully greeted each of us. We listened to a brief orientation and then were ready to be put to work. We were split into two groups; one would stay at this location and the other would go help give out clothes, soap, diapers and other basic necessities. I was with the latter group. As we approached the new building, I began to see a herd of women, children, infants, and men crowded around the door desperate for whatever was inside. As we became closer, they moved aside, allowing a path for us to get into the building, closing the door behind us. After a few short minutes of preparing supplies, the doors opened and the people poured in.

We handed out feminine products, razors, diapers, wet wipes, soap, shampoo, tooth brushes, milk, and sandwiches sparingly to the families and children. Some asked for more, some tried to take more than they were allotted, but most of them were grateful. They were thankful, because today their baby boy would have a clean diaper, and tonight their daughter would be able to brush her teeth before going to bed. It sounds cliché, but it makes you appreciate what you have.

As I was handing out the miscellaneous products to these people, and saw the joy in a child’s eye when we gave them an old, worn, and used toy or something as simple as a pencil and paper to write with I began to think about what was said on Monday, and on Wednesday, and on the bus on the way here. I began to realize that this trip is about so much more than seeing amazing sights, eating delicious food, and shopping- which was the only thing I talked about when I told my friends and family I’d be going to Greece for two weeks. I was beginning to see why they described this trip as life-changing.

After the first rush of people trickled out and went back to whatever shelter they could find to call home we were able to interact more closely with the children who had stuck around. We gave them balloons and other toys, taught them games, chased them around, blew bubbles at them while they rushed to pop them, and watched them color. All the kids had smiles, were laughing, and had almost no idea of the troubles they were enduring. When it was time to go, the kids graciously hugged and kissed us and waved goodbye- still with big smiles spread across their little faces, as we left them behind.

On the bus ride home I couldn’t help but think about what I had just seen. I saw men and women and children who were forced to leave the comfort of their home, flee to a new country where they didn’t speak the language, and who had almost nothing but what they could manage to carry with them. I saw women desperately trying to keep her children safe and healthy. I saw men and young boys doing whatever they could to provide for their families. But I also saw a child’s face light up when I blew bubbles at them. I saw the happiness of two boys when given one standard pencil and a piece of computer paper to share between them. And I saw a little girl in a stroller take a small broken cup with a little piece of cloth in it out of my hands, smile, and hug it close to her body as her dad pushed her out of the store.

This made me think, who did this service project really help today?

Of course we provided these families with food and necessary supplies, but it provided me with so much more. It gave me the opportunity to see kids with nothing, happier than kids that have everything. It gave me a chance to help others. It provided me with an awareness beyond the scope of my own life. It allowed me to reflect on myself. And it gave me a sympathetic understanding of what it really means to be appreciative for what you have.

After much thought, I think I now understand what these girls mean when they say that this trip can be life changing. No, I don’t feel like a new person or that my whole life and perspective of life has changed. However, I do think that the way I view this trip and how I’ll view traveling and service in the future has been forever changed. 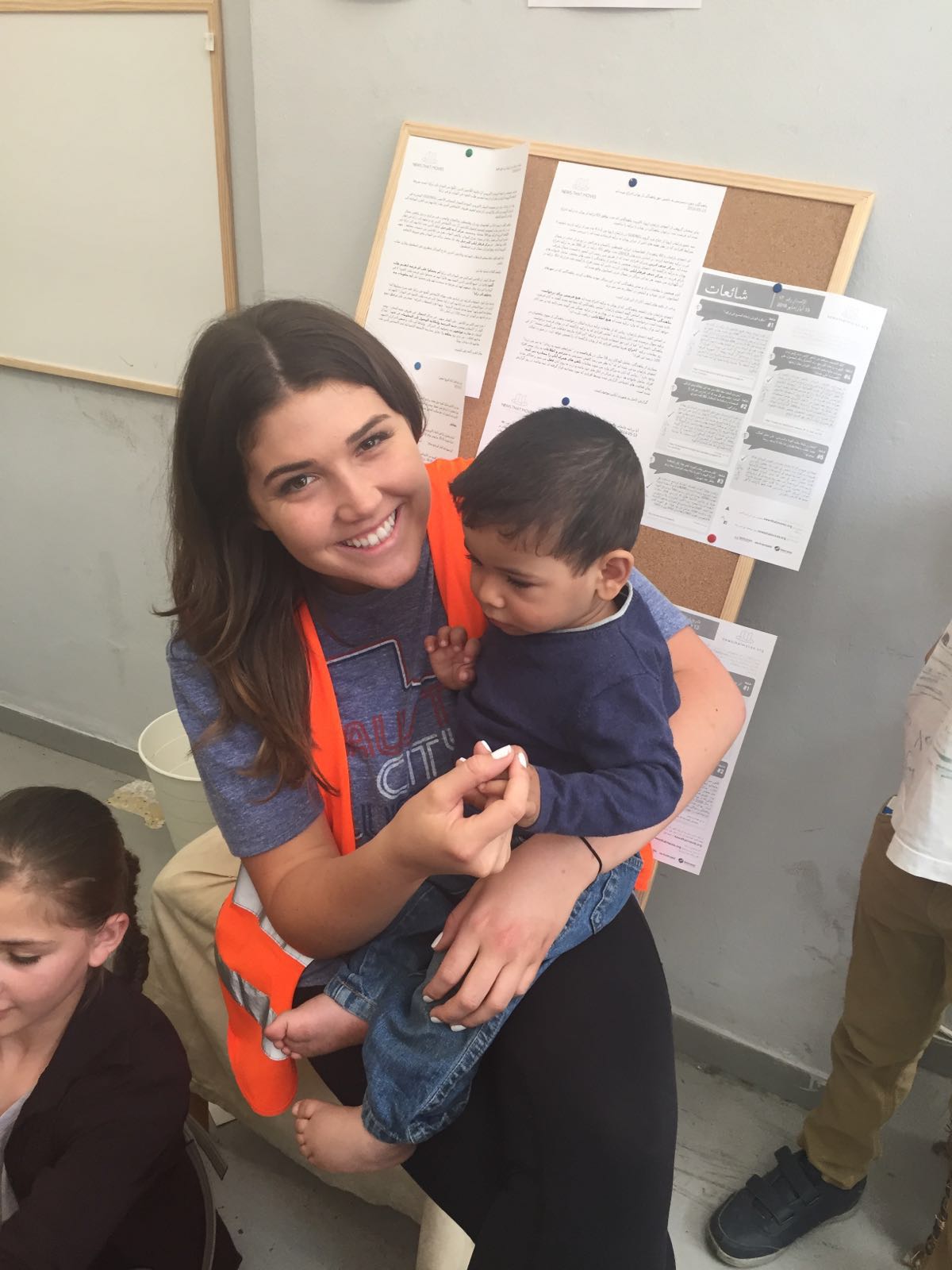