How To Build Relationships While Abroad • LeadAbroad

Posted on April 1, 2015 by Carolyn Prebil
You might have come on the trip alone or you might have come with a group of friends. Either way, you’re going to build some incredible relationships on the trip — we can promise you that. But what’s a good way to go about building these relationships? Community Leader and LEAD Cape Town 2014 student John Andrew has some tips and tricks for you about making these relationships great from the very beginning. John was one of my next door neighbors in my apartment and is still one of my closest friends today. I’m so thankful that Go Global brought us together! 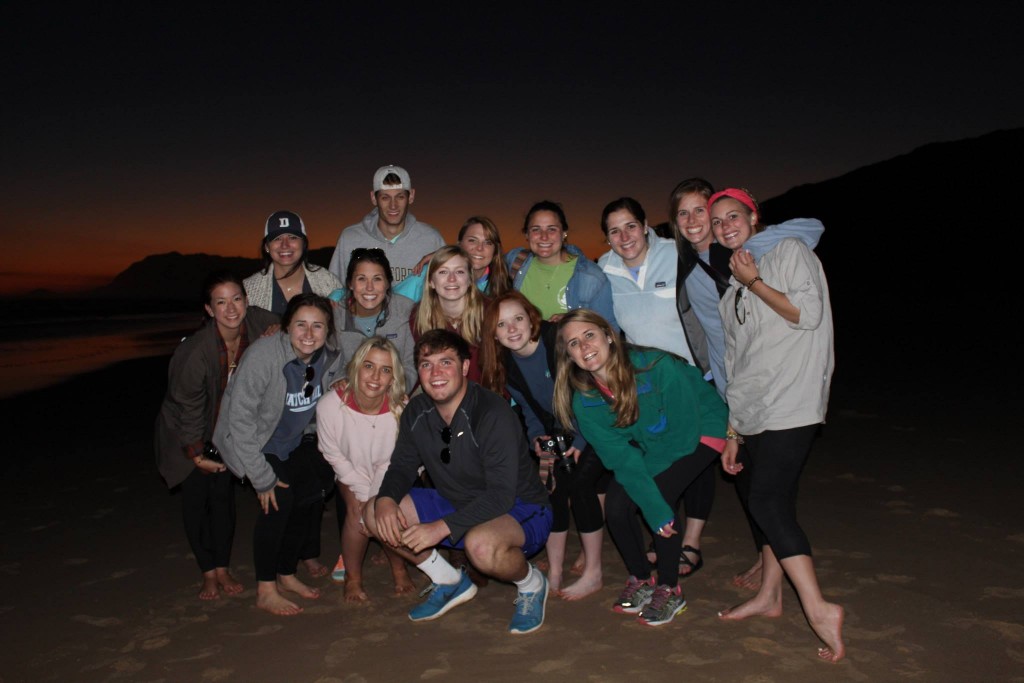 JOHN AND HIS FRIENDS CHECKING OUT THE INDIAN OCEAN! I’M THE ONE ON THE RIGHT WITH THE HEADBAND 🙂 FUN FACT: I LOST THAT HEADBAND WHILE BUNGEE JUMPING!

GG: What were some ways you got to know and become good friends with your roommates from the start?
John: “I would say we all got to know each other and become such good friends initially from going out and exploring the night life of Cape Town together. However, our relationships with each other evolved from there because of the deep and meaningful conversations we were having with each other. After going to Cape Town, I can honestly say I felt like I knew them a lot better than some of my friends at school that I had known for two years. We were just real with each other. It was awesome. Love those guys.”

GG: Do you have any advice to future students about building relationships with the Go Global staff? How did you make an effort to get to know them?
John: “You ABSOLUTELY want to build relationships with the Go Global Staff. They are some of the coolest people I know and I am lucky to call them all my friends. They are all the “ideal” person, in that they each embody personality traits that everybody wishes they had — except these people actually do have them. They’re all so nice, absolutely hilarious, genuine, down-to-earth, and the most outgoing people you will ever meet. Try and spend time with each and every one of them, especially on a one-on-one level. I had so many great and invaluable conversations with some of the staff on last summer’s trip. I made an effort to get to know them just by asking questions and talking with them. I also tried hard at going to dinner with all of them at least once. You’ll have an awesome time hanging out with them no matter what you do.”

GG: The guy to girl ratio obviously leans more heavily to the girls. What were some ways that you and the other guys on the trip bonded? How would you recommend doing this?

John: “All of the guys and I bonded by exploring Cape Town together and doing stuff in just groups of guys. I remember one of the days, it was a Sunday, and all the guys on the trip took taxis and went to a casino and bar and just really hung out. It was awesome to have a boys day like that. We did stuff like that all the time.”
GG: Were there other groups of people you got particularly close to on the trip?
John: “There was this one obnoxious room of girls right next door to us 🙂 And those girls ended up becoming some of my (and all of my roommates’) best friends. It was the infamous relationship between rooms 123 and 124 in the Sunstays hotel. I am not sure how the relationship started between our two rooms, but I am so thankful it did. Our two rooms, along with some additional pesky stragglers, hit it off and did everything together. We even have this huge group text now and still talk daily. The last time I went a whole day without talking to somebody in either my room or the room next door was before I knew any of them. We, of course, got close with other people on the trip as well. At the end of the trip, and even as early as day three or four, it felt like I had known every single person in my room and the room next door for years. I was so close to every one of them.”
John, a Junior at Wake Forest University, says that his best memory on the trip was “meeting 106 of some of my newest and closest friends. I had no idea that I would form so many deep and meaningful relationships while I was there. Jo said on the first day, “somebody here will be your new best friend when you leave in five short weeks.” I thought to myself, “Yeah, okay…sure. We’ll see.” I had no idea just how special these people that I was about to meet were/are. I am so fortunate to have met them all and to have gotten to spend time with them in Cape Town. Absolutely some of my closest friends to this day.”
Let’s recap the main points of advice in John’s interview…and a few pieces of my personal advice thrown in, too:

-Invite the staff to dinner! They need dinner plans, too 🙂 This is the perfect chance to get to know them in a smaller setting.
-Try to have one-on-one conversations with the staff as often as you can.
-Knock on your neighbors’ door…they could be your 123/124 group of besties!
-Plan activities to do with your roommates. These are the people you’ll see the most, so maximize the friendships here!
-Write on the Facebook wall: “I made a reservation for 8. The first 7 people to comment on this post get to come with me.” You’ll most likely go out with a group of people you normally wouldn’t have gone out with. Branch out!
-If you’re a guy…stick together with the other guys! It will be a lot of fun.
-Sit next to someone new on the bus every once in a while. That hour drive to see the penguins is an hour you can get to know someone new.

As we wrap up with John, he would like to add…

“Building these relationships impacted my trip because they basically were my trip. Whenever I think about the awesome things I did there and my favorite memories, they are purely because of the relationships I had formed that made it so meaningful to me. All of the stuff we did in Cape Town was awesome, but it was the people that I was with that made everything so special and memorable. When people ask me the best part about my Go Global trip, my immediate first answer every time is the people I was lucky enough to meet while I was there.

I can’t stress enough, as redundant as it is, that they people on the trip are the best part about it. Go Global attracts a certain type of person, and everybody there gets along with everybody. If there is one piece of advice I could give to any kid going, I would say to do your best at getting to know each person on that trip because every person there is absolutely awesome.”

Another group of people you should get to know? The locals! Go Global team member Pierce, the Program Director for Greece, started her experience with the program as a Cape Town student. She met a local about her age in the bathroom of a restaurant. That encounter started a super unique and blossoming friendship. 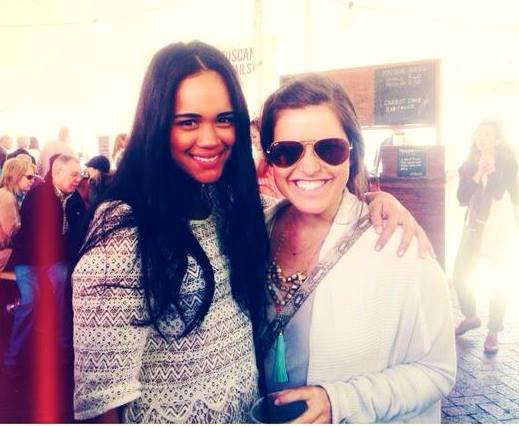 ANASTASIA AND PIERCE AT THE OLD BISCUIT MILL! FRIENDS REUNITED 🙂

“She came up to me and said ‘You have to be American’ based on what I was wearing,” Pierce said. “We just started talking and exchanged numbers! What started off as a brief call-out for being “so American,” Anastasia’s comment to me turned into a beautiful friendship. We promised to see each other before I left Cape Town.

Anastasia and three of her friends took my roommates and me to a delicious dinner and night out on the town. They introduced us to Cafe Royale and showed us the University of Cape Town. From there, our friendship grew and has remained ever since. Every year that I have gone back to Cape Town, Anastasia and I get dinner, meet at the Old Biscuit Mill, or all of the above. Although we only see each other a few times a year, we always pick up right where we left off.”

I’m adding a different dynamic to my relationships this summer; as an intern, I’ll be building relationships with students for the first time. I’m excited to meet them, learn from them, and serve as a mentor to them this summer. There are endless friendships to be made in so many ways! Jump into it full speed, and never look back. If you can refer to this guide, you’ll have even better luck kicking off these new relationships.