Happy Valentine’s Day, readers! We hope your day is filled with love, hugs, and chocolate. And as if you need another reason to come abroad with us this summer…I have a little love story to share. Social Media Intern Bonnie McGoogan has a very heartfelt guest post for you 🙂

You always hear about “couple stories.” Like, they met in History class, or at the bar. Or one had a crush on the other since grade school and he finally asked her out. Every couples story is precious and unique in its own way, but I like to think Brooks and I have a story that’s a little bit more special. (Sorry, History lovers.) Because… we met in Greece.

Brooks and I both went on Global LEAD Greece 2014, and knew nothing about the others’ existence. We quickly became best friends within the first week, and basically stayed glued to one another. It was the strangest thing. He understood my quirky humor, and I adored his awkwardness. I had never connected with someone like I did with him; it was like we were in tune with each others thoughts and feelings. Like we moved on the same wavelength, if that makes any sense. We could tell what the other was thinking by a mere glance. It was incredible. I had known him for a week and I felt as if I had known him my whole life. It all sounds cliché, I know, but it was so real. By the beginning of the second week, the rest of the group caught on to our connection, and everyone was in full support. The first night in Santorini, about 9 days into the trip, the group went out to the White Door Theater where we danced in a Greek wedding and had dinner under the stars on a patio. There was also a good bit of wine involved, which led to the group hitting the town after. Brooks had hardly spoken to me that night, and I couldn’t figure out why. Finally, when all of us were at Two Brothers Bar in downtown Santorini, Brooks built up some confidence and made a move, and we had our first kiss. From then on out, we were “Brooks and Bonnie.” And everyone loved it.

What made my connection with Brooks so real was that we had little distractions. We had basically no cell phone service, so none of us used our phones, so we were forced to actually talk to one another. (Unheard of nowadays, I know.) We also were in a group of 42 people, so we were all incredibly close. The things we talked about as a group in class and on adventures were all real life, important things, not the every day stuff college students normally talk about, like school work or who’s going out that night. We learned and talked about serious things in the world and how we could better ourselves through our values and strengths. It led us all to creating friendships with one another with substance, and it led my relationship with Brooks to be deeper than the typical college relationship. We talked about our goals and our faiths and about basically everything else in the world. We will forever be thankful to Go Global for not only bringing us together, but for giving us the amazing groundwork to build our relationship.

We went on our first date to a little restaurant called Atrium in Koutouloufari, Crete. It was beautiful outside, and we sat in a little garden overlooking the mountains and land. It was like a movie, but better. We stayed for 3 hours laughing and telling stories of our awkward childhoods and it was amazing. After that, we both knew this wasn’t just a summer fling for us. We were crazy about each other. So, come time for the end of the trip, we agreed to make it work when we got back into The States. Returning home to Charleston, South Carolina, I told my friends and family of the amazing boy I had met. After only 3 days of being home, I flew to Destin, FL to spend the 4th with Brooks and his family. Two weeks after that he flew to Charleston to come meet mine. And now, here we are, 8 months later, celebrating Valentines Day together.

SO, if you’re thinking about going abroad, DO IT. Do it because of the culture, because of the adventure, and because you never know who you just might meet. 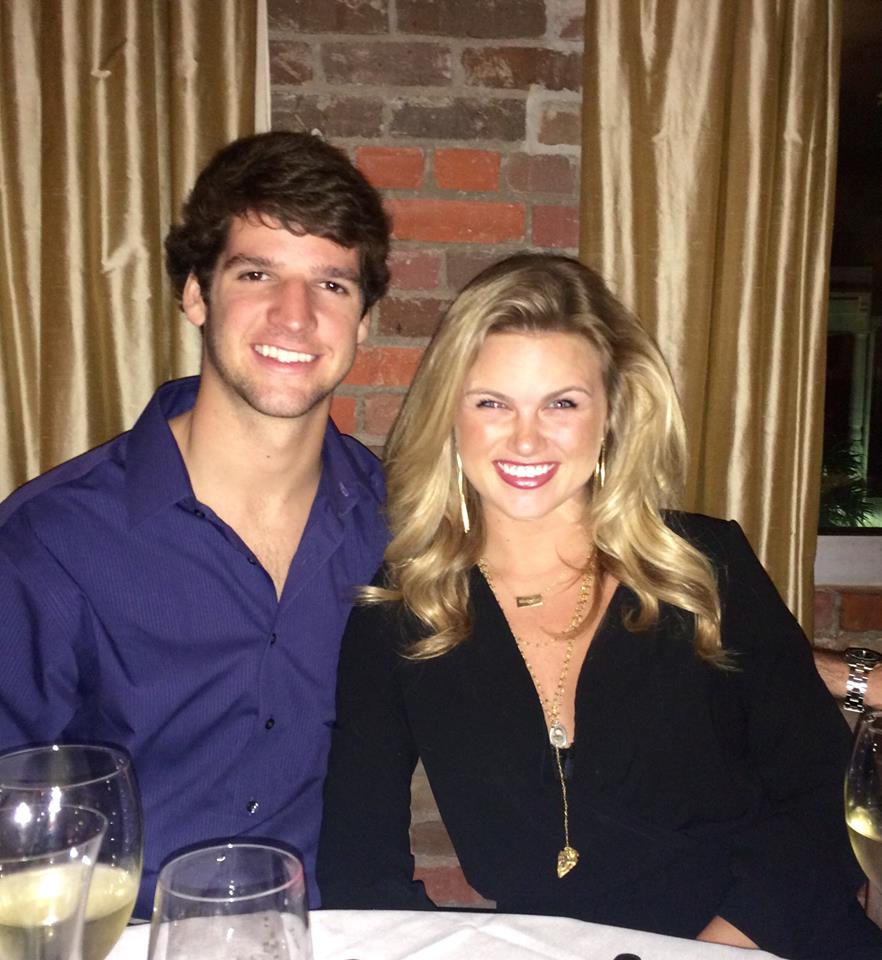 Was that not one of the best love stories you’ve ever heard?! The environment that Go Global provides for our students truly is where all the magic happens. Self-growth, friendships…and sometimes even love 🙂 We’ve even had couples from our past Go Global trips get ENGAGED!

I may not have a Valentine this year, but that doesn’t stop me from having a great Valentine’s Day — Yesterday, I got the best news I could ever ask for. I’M GOING BACK TO CAPE TOWN AS A 2015 INTERN!

Stay tuned, as Go Global has many more announcements coming this week including the arrival of some new team members!